Two Peas in a Pod: The Jolly Green Giant and the Little Green Sprout

The Jolly Green Giant is almost one hundred years old, but he looks great for his age. He still has a handsome smile and his toga made of leaves has never fit him better. The iconic mascot, arguably one of the most recognizable of all time, represents a Minnesota company with an interesting history of innovative food production and marketing.

Founded in 1903, the Minnesota Valley Canning Company was an industrial vegetable cannery in Le Sueur, Minnesota. In 1928, the company introduced the Green Giant mascot after they began harvesting and selling a new larger variety of peas. However, when the Giant was born, he looked very different. He favored a character from a Brothers Grimm fairy tale, wearing bearskin with a scowl on his face. Over the years his look changed. In 1930, his skin turned green. Several years later he took on the larger, friendlier, and leafier look we know today with the help of advertising agency Leo Burnett. 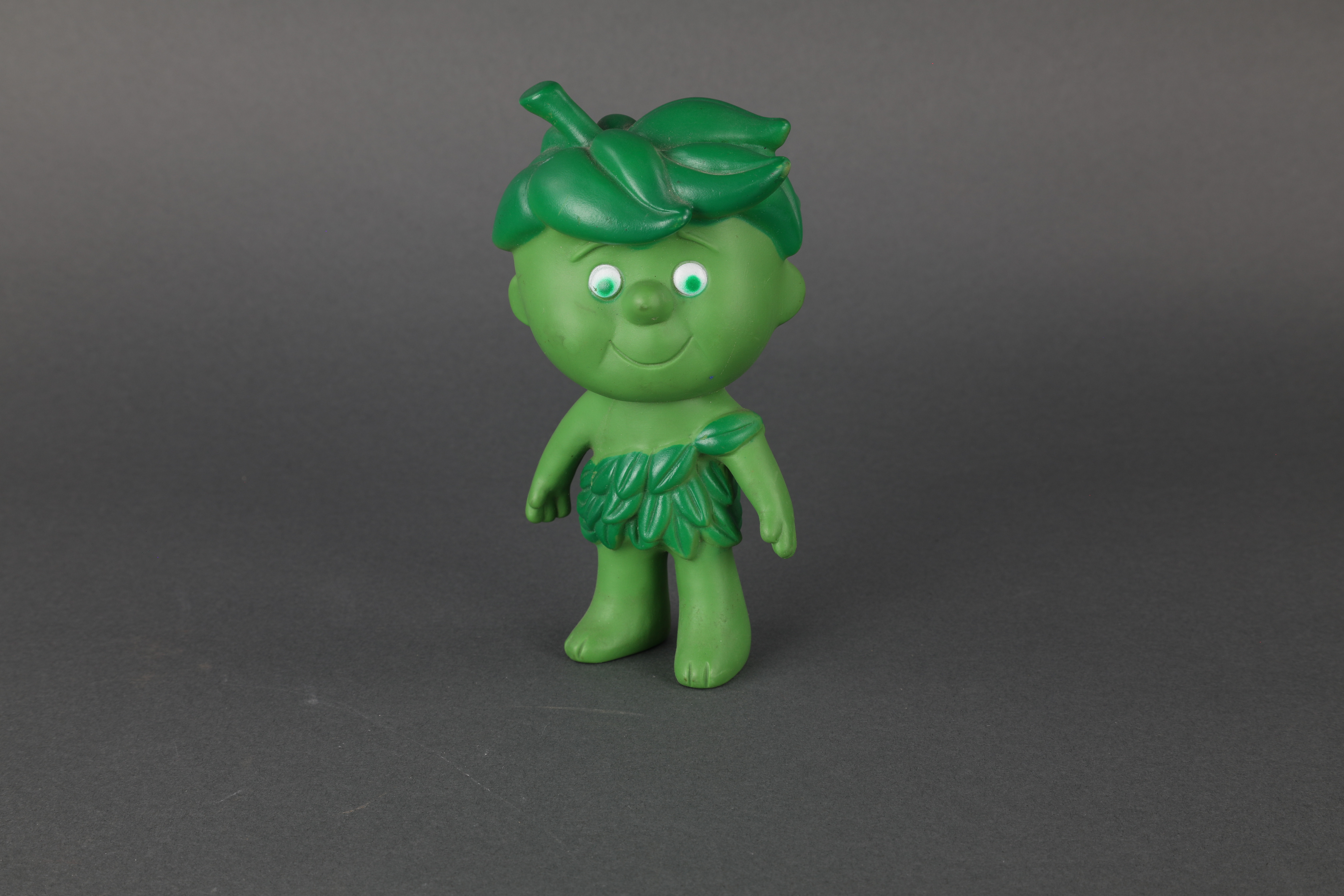 Besides their brand mascots, the Minnesota Valley Canning Company was also focused on innovation and research. By 1932 they had more acres of corn devoted to study than all the universities in the Unites States combined. They eventually developed a new type of corn that grew taller and had kernels that were easier to remove from the cob. In 1934, a company researcher invented new planting technique that allowed them to harvest day and night, and able to predict exactly when crops were ripe. Moreover, they were at the forefront of manufacturing. The company invented a new canning method that utilized vacuum-packing technology. In the sixties, they began selling frozen vegetables. By freezing their crops immediately after harvesting them they were able to maintain all the nutrients found in fresh vegetables.

In 1950, the company changed their name to Green Giant. Then in 1979 they merged with Pillsbury and became a division within that company. By 2001 they had been acquired by General Mills before finally being sold to B&G Foods in 2015. Today, the Jolly Green Giant and the Little Sprout are still friends. In 2016 they even went on a road trip together which is documented on Sprout’s Instagram account. However, given the Green Giant’s size, the photos really don’t do him justice. If you’d like to get a glimpse of him in person, you only need travel to Blue Earth, Minnesota. The town is home to a 55-foot statue of our the gentle giant. Maybe someday the Little Green Sprout will get a statue too.