At the beginning of the twentieth century, Thomas K. Baker invented a product that allowed anyone to make coffee just as well as an experienced barista. The Baker Coffee Maker was patented on September 30, 1902. The inventor had already established Baker & Company, later named Baker Importing Company, in downtown Minneapolis. Baker used his expertise in roasting coffee to develop a product that coffee drinkers could use in their homes. The product’s packaging boasted that it would allow the user to brew a “perfectly clear liquid” without the “unpleasant woody flavor of coffee left to settle itself.”

The Baker Coffee Maker consists of a strainer inside of a metal funnel with a handle. To use, coffee grounds and water are placed in the Maker and then brought to a boil, then removed from the heat and left to brew for a few minutes before straining the liquid into a coffee pot. 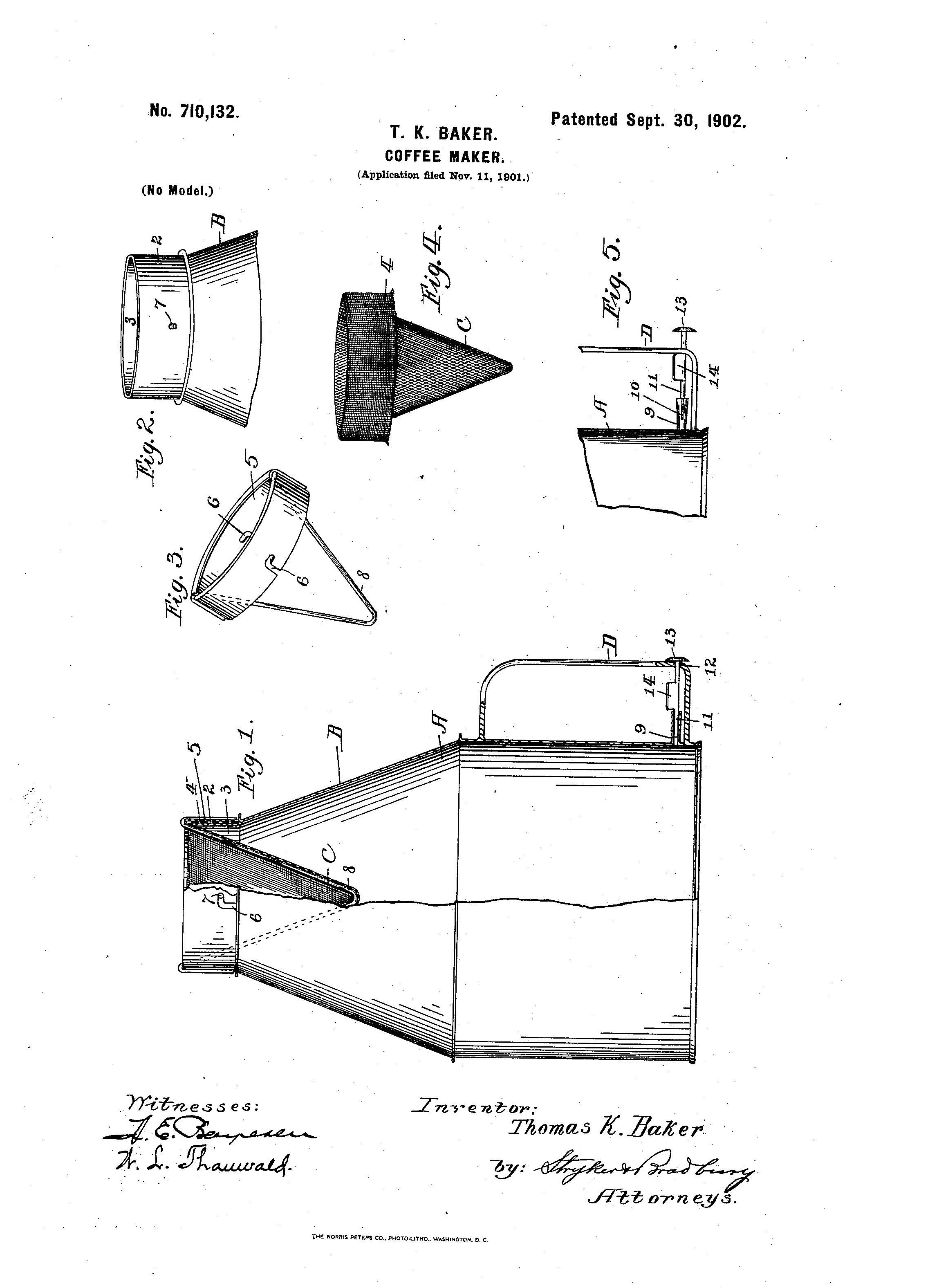 Baker’s goal, according to his patent, was to create a “simple and cheap coffee maker in which the minimum amount of the aroma of the coffee is lost by admitting air during the process of infusion.” Though Baker may have achieved this goal, the device never became very popular. Around the same time, Baker & Co. began producing and marketing Barrington Hall brand coffee, which became the company’s cash cow. In 1950, the company was even awarded a series of contracts with the U.S. military that totaled one million dollars to produce instant coffee for soldiers’ rations. Though the company is no longer in operation today, the Baker building still stands in downtown Minneapolis at 212 Second Street North, a reminder of one man’s desire to bring good coffee to the masses. 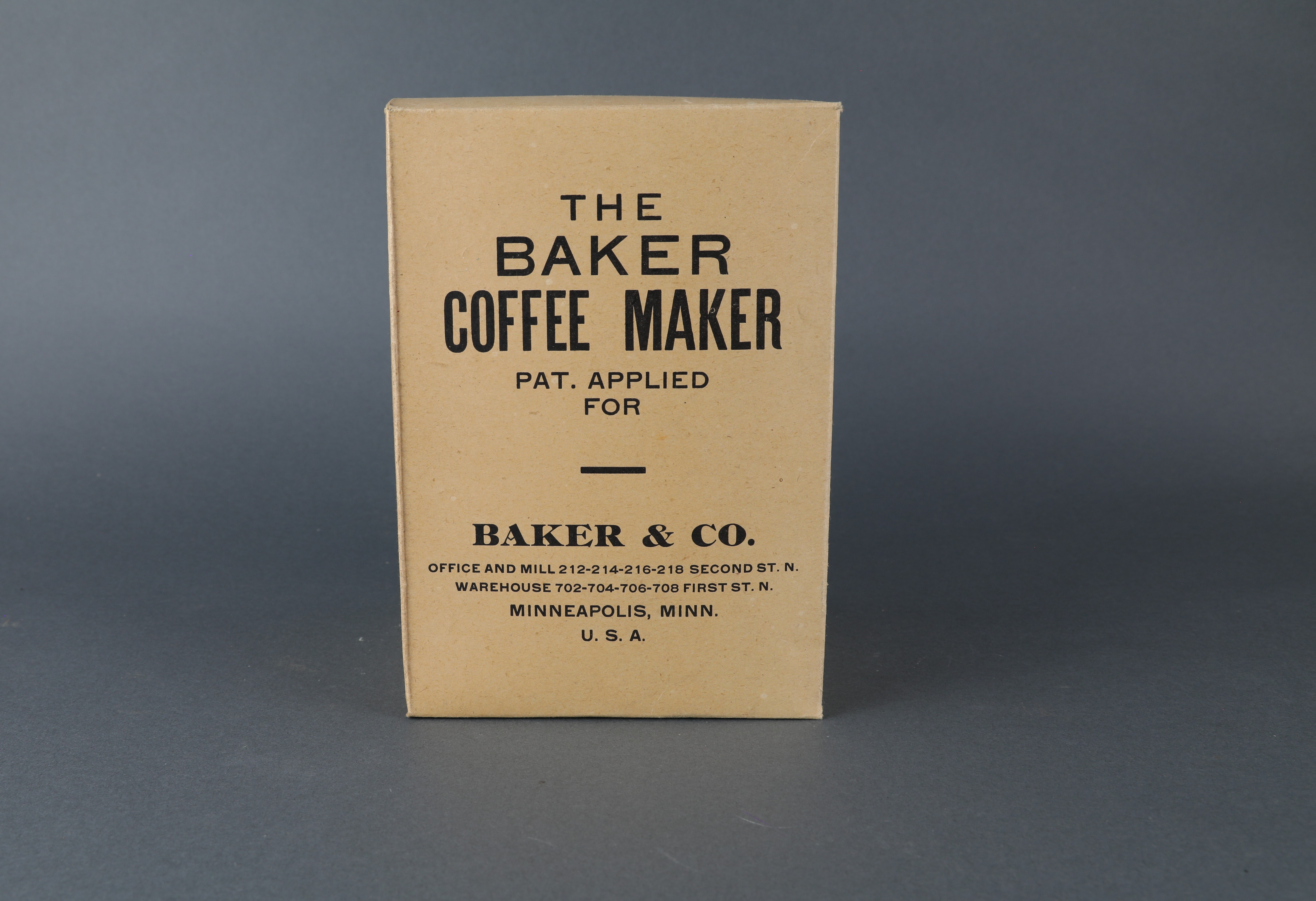