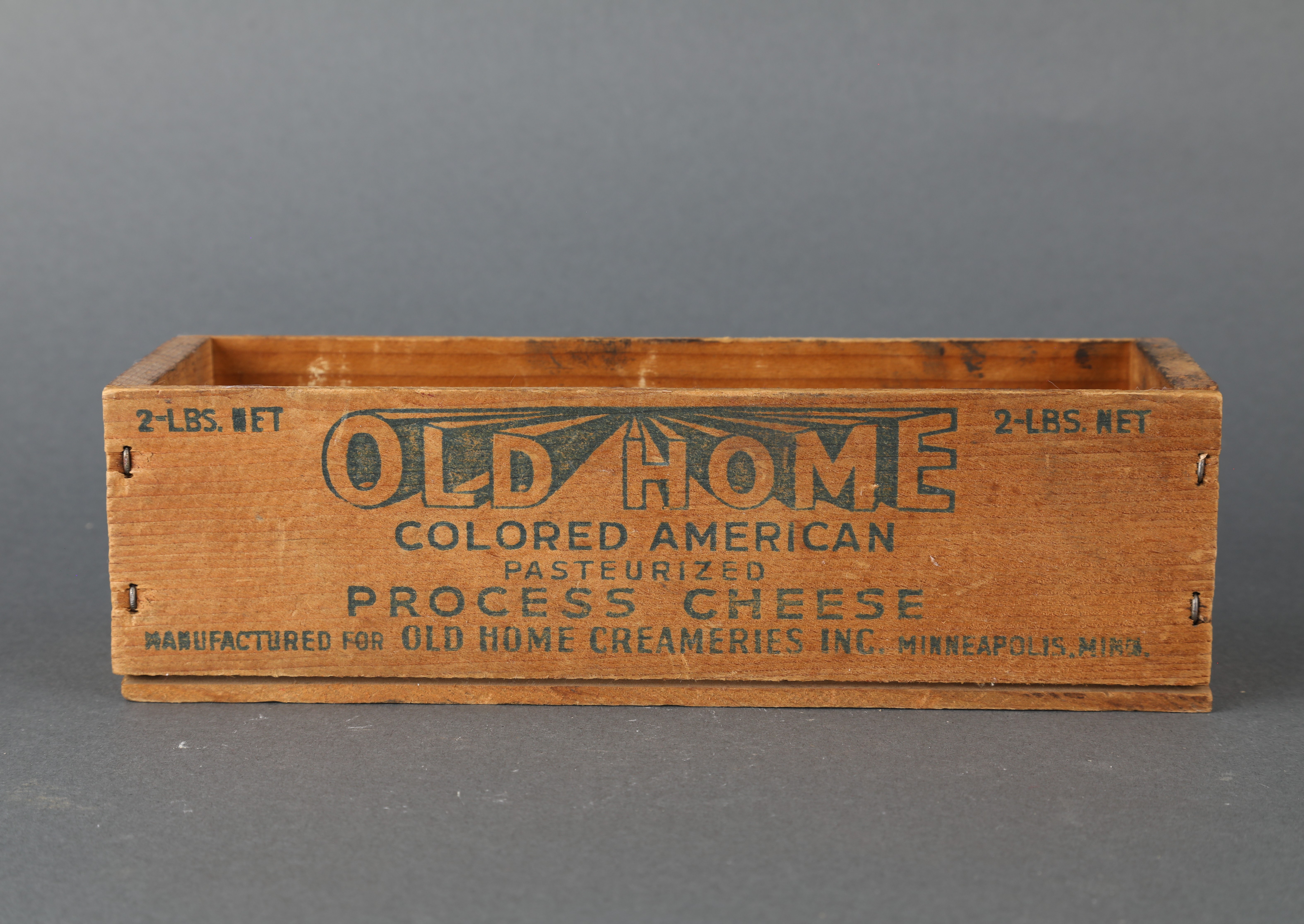 This small wood crate in the collection at Hennepin History Museum once held two pounds of American cheese made by Old Home Creameries Inc. of Minneapolis. This local company consistently made high quality cheese, even winning awards at the National Dairy Show. However, they were better known for a different dairy product: cottage cheese. Old Home Creameries was the first to sell commercially produced cottage cheese in Minnesota, and it quickly became their best-selling product. The dairy was founded by F.A. Davies in 1925 with a single truck based out of a building in Northeast Minneapolis. By 1934, due to the popularity of his cottage cheese, the company had grown to include fourteen trucks and over thirty employees. At that point, Old Home Creameries was producing 50,000 pounds of cottage cheese every day and distributing it all over Minnesota and to several surrounding states. The company had continuing success for decades. In 1960, another Minnesota dairy company purchased Old Home Creameries. The combined companies took on the name Old Home Food, Inc. That company is still in operation today producing a variety of food products, including cottage cheese.