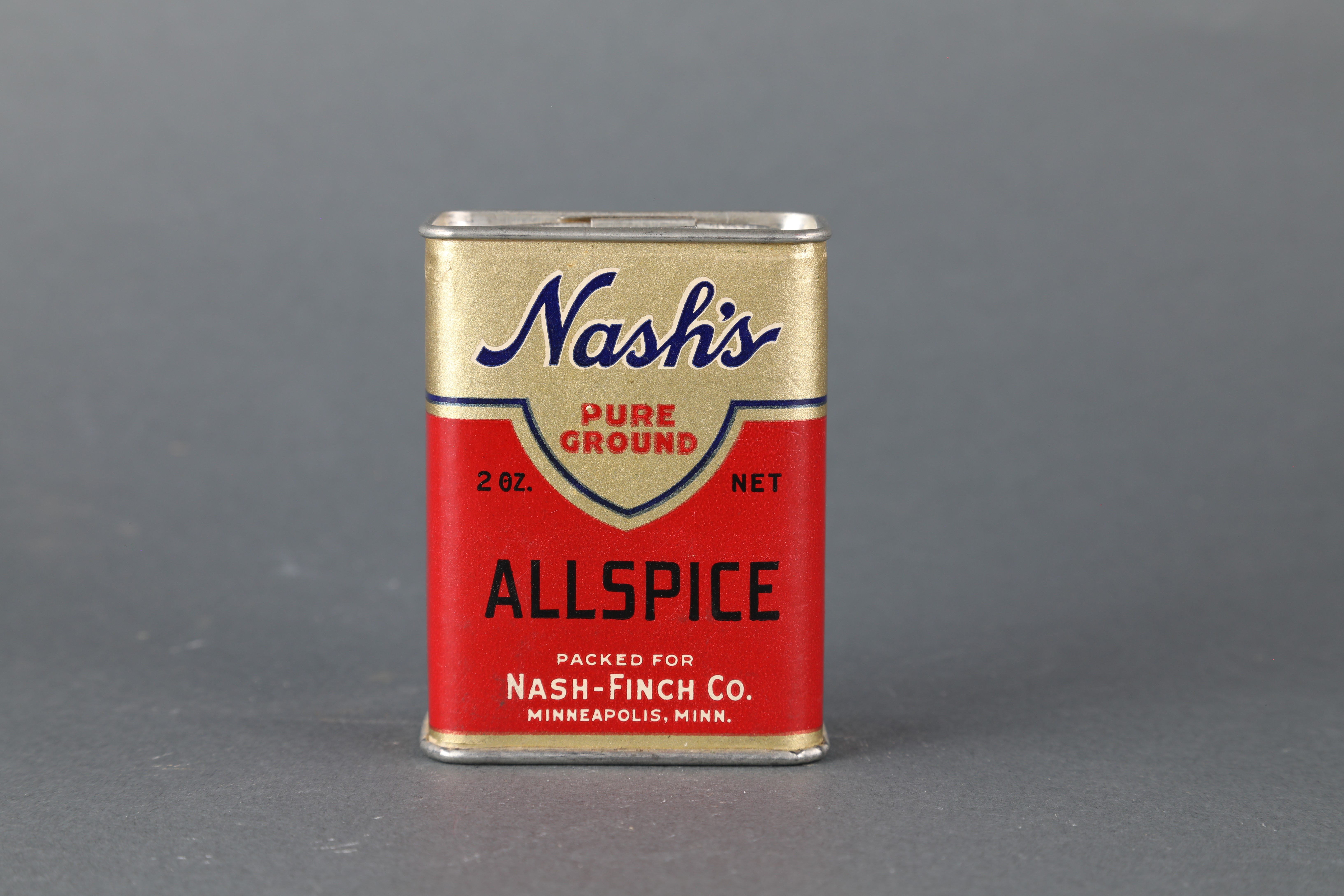 The Nash Finch Company was once the second largest food distributor in the United States. The company’s headquarters was in Hennepin County for nearly a century. There are many Nash Finch products in HHM’s collection, including the spice tin seen above from around 1930, and the coffee tin seen below from around 1960. The company achieved great success due to innovative business strategies. Though the list of milestones is far too long to cover in its entirety, this is a brief account of the history of Nash Finch. 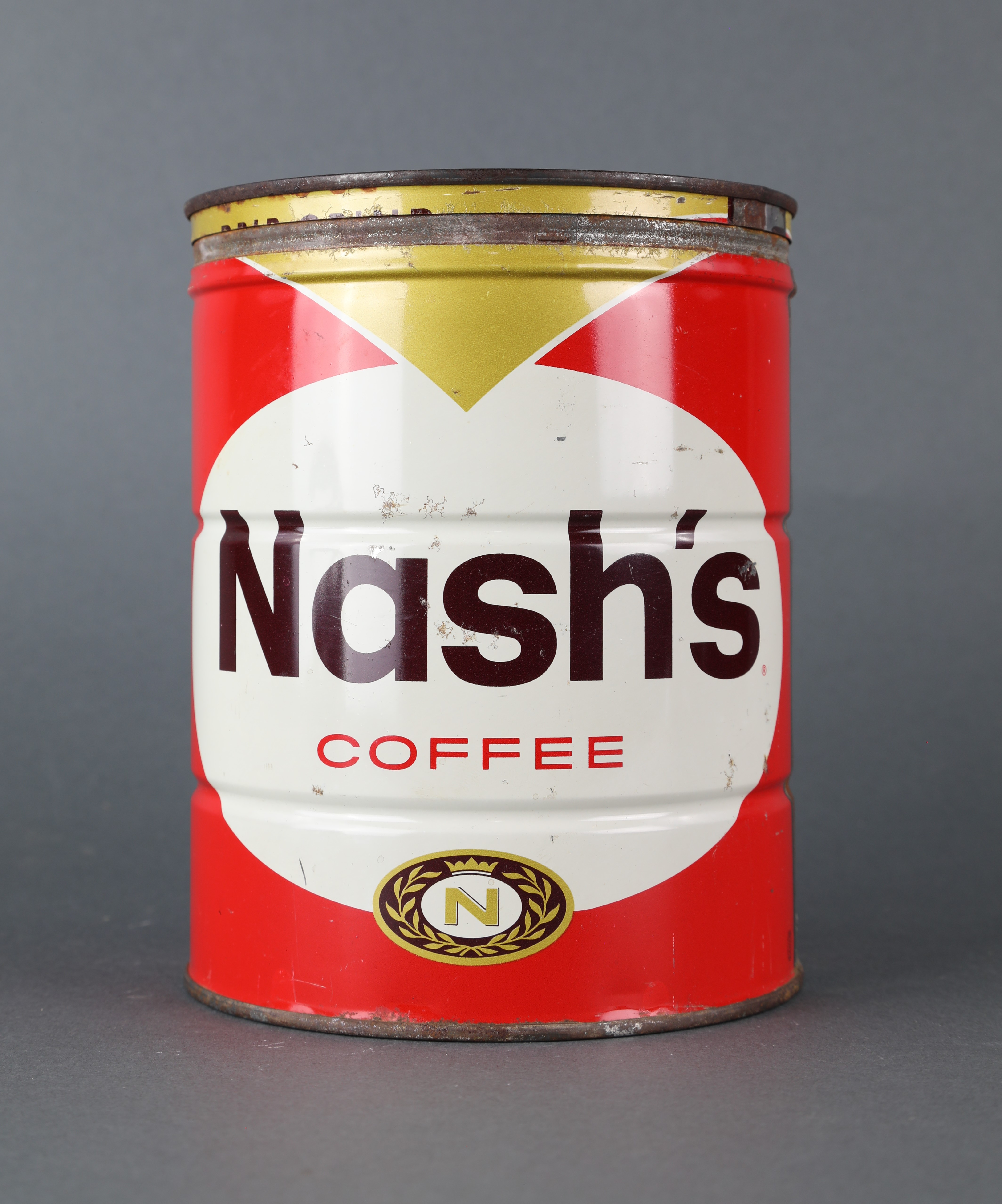 The company traces its roots to Devils Lake, North Dakota when Fred Nash opened a candy store. Soon after Fred opened a second store with his brothers Edgar and Willis. In the late 1880’s the three brothers started their own food distribution business, the first in the state. Harry Finch came into the picture in 1899 as a stock boy who would later rise through the ranks of the company.

In 1919, the Nash brothers and Finch moved to Minneapolis. Three years later they incorporated the Nash Finch Company, combing the sixty companies they had already acquired by that time. At this point they started selling products under their own brand. The company grew rapidly because the founders utilized creative business strategies. For instance, stock was offered to all employees. This not only raised the money required to expand, but it also ensured that the employees who owned stock would be hard working and loyal.

Nash Finch was headquartered in Hennepin County from 1919 to 2013. At that point they were acquired by the Michigan company Spartan Stores, which then became SpartanNash. While many products that Nash Finch manufactured and produced are too long to list, HHM preserves many of them in our collection, ensuring that their history will remain here.