Memories of the Metrodome 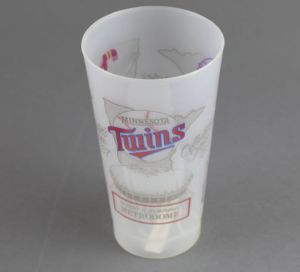 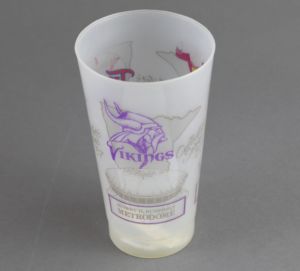 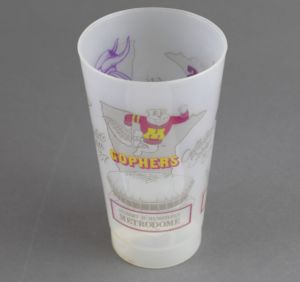 The Hubert H. Humphrey Metrodome opened on April 3, 1982 in Minneapolis and produced countless souvenirs in the three decades it remained in operation. Many of these souvenirs can be found in the collection at Hennepin History Museum. The Minnesota Twins, Minnesota Vikings, Minnesota Timberwolves, and the University of Minnesota Golden Gophers all called the Metrodome their home. The stadium witnessed many great events in sports history including the memorable Twins World Series wins in 1987 and 1991 and Super Bowl XXVI in 1992.  As of 2013, the Metrodome held the title of the only stadium to host a World Series, Super Bowl, Final Four, and MLB All-Star game.

Over the years, Minnesota sports teams moved to new homes in other facilities around Minneapolis. The Timberwolves moved to the Target Center in 1990, the Golden Gophers college football team played in the dome until 2008 when the new TCF Bank stadium opened for the 2009 season, and the Twins moved to Target Field in 2010. In 2010, the Minnesota Vikings were the only sports team to have the Metrodome, later known as Mall of America Field, as their home field until it closed in 2013. 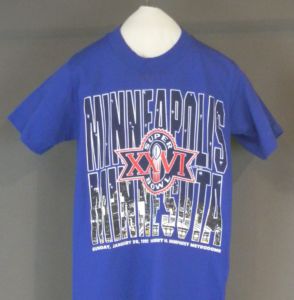 The construction of the Metrodome was a great thing for Minneapolis sports. However, fans and players alike shared concerns over the stadium which was built for only $55 million. For instance, there was no air conditioning until 1983, so the first year was particularly miserable in the summer. The dome itself was frustrating for baseball players trying to find an off-white ball amidst the off-white dome overhead.  On top of the criticism of the facilities, the pressurized dome collapsed in December of 2010.

The Metrodome officially closed on December 29, 2013 and was demolished over the next few months making way for the new U.S. Bank Stadium, the current home of the Minnesota Vikings. The Star Tribune published a special issue on closing day of the Metrodome which shares some of the most memorable moments that took place inside the stadium, as well as a short article by legendary sports journalist, Sid Hartman. 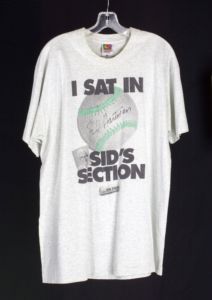 Written by Elsa Ballata, Collections Intern at Hennepin History Museum. Elsa is an undergraduate student working towards a BA in History with a focus in ancient history from the University of Minnesota Twin Cities. She hopes to attend graduate school to earn a master’s degree in History and pursue a career in museum work.