Leeann Chin: The Woman Behind the Empire 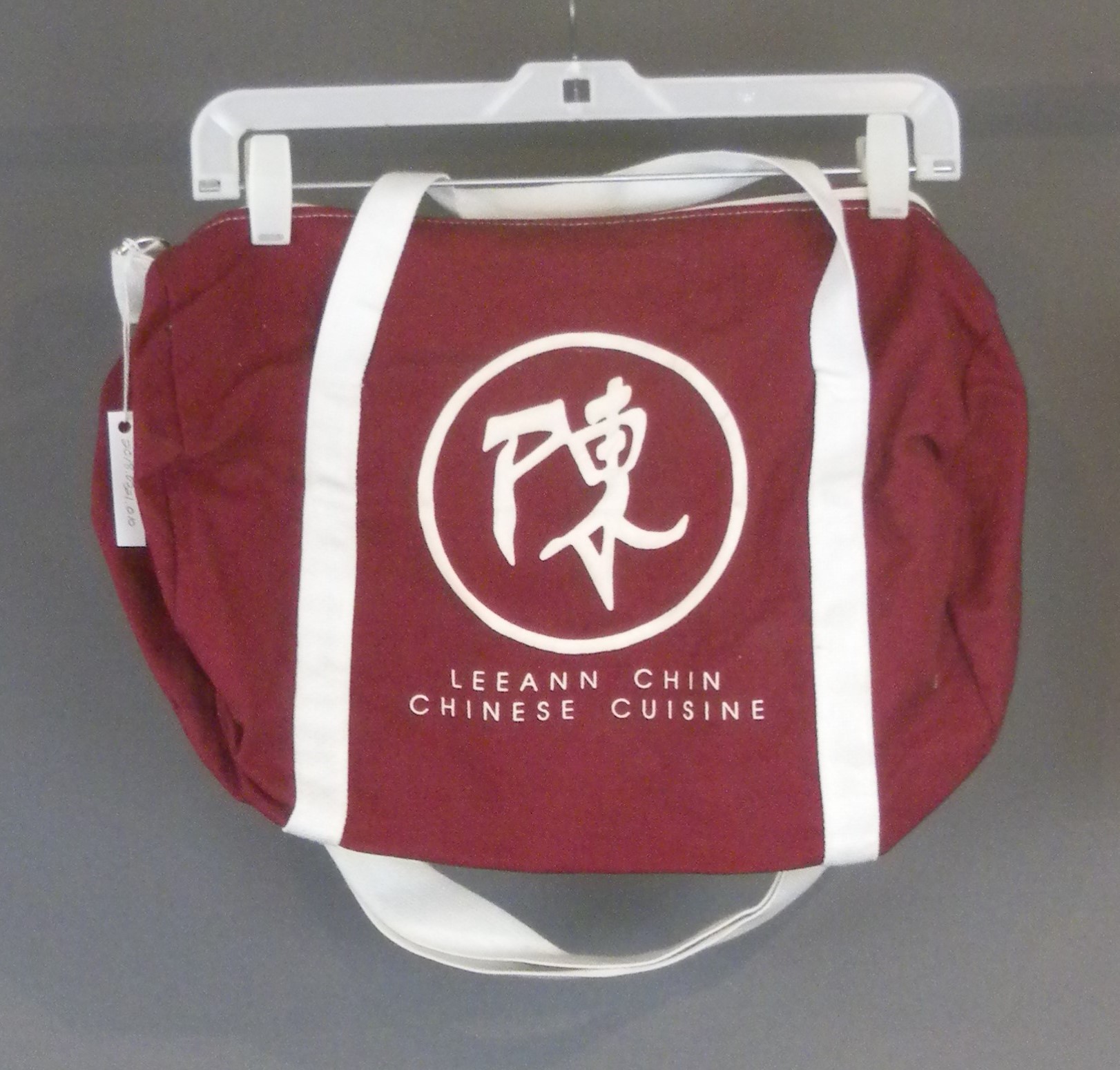 This Leeann Chin duffel bag from Hennepin History Museum’s collection is a memento of restaurateur Leeann Chin’s legacy. Leeann Chin was a seamstress, the founder of a successful restaurant chain, and an active member of our local community. She was born the daughter of a grocer in Guangzhou, China. In her youth, she worked as a cashier, kept the store clean, stocked shelves, and carried goods on her bicycle. As a teenager, she married Tony Chin and moved to Hong-Kong for several years before immigrating to Minnesota in 1956.

Leeann learned to make wedding dresses and mend clothing out of her home in South Minneapolis, raising her five children all the while. As her clientele grew, she began to give her customers Mongolian and Szechuan dishes as a thank-you for their business. More and more, her customers began asking her for cooking classes, catering, and recipes. Leeann began teaching cooking classes at the Cinnamon Toast in Minneapolis. She responded to any request for a lesson, whether it was for a private party or a high school class.

In 1980, Leeann and her family moved to Minnetonka, where she opened her first restaurant in the Bonaventure shopping mall. Her restaurant was soon filled with customers from her seamstress business and cooking classes. Business boomed further after Sean Connery visited and became an investor.

Leeann was good with numbers. She often surprised bankers with her speed and accuracy with statistics and equations. This mathematical talent helped her in her businesses, and eventually Leeann opened more restaurants in the Union Depot in St. Paul and the International Design Center in Minneapolis. Her business savvy was so well known, that she was asked to speak at a Hamline University economics class.

In 1981, General Mills bought some of Leeann’s recipes for a Betty Crocker cookbook. With the success of several carryout restaurants, Leeann wanted to expand further, but didn’t want to do it by herself. So, in 1984, she sold her name and restaurants to General Mills.

Leeann bought back her business four years later, remaining the owner until 2007, three years before her passing. She was known for her kindness toward staff, love of cooking, and care for her community. Leeann’s work as a seamstress, restauranteur, and mother isn’t forgotten by those who knew her.