Legends and Folklore of the Twin Cities

Historians usually deal with documented facts. But what about rumors, myths, urban legends, and other apocryphal stories that have been passed around? From tall tales of the early Twin Cities, rumors of mysterious tunnels, ghostly hauntings, exaggerated exploits of gangsters, and more, this program will examine what local folklore reveals about how Twin Cities residents have liked to view themselves. 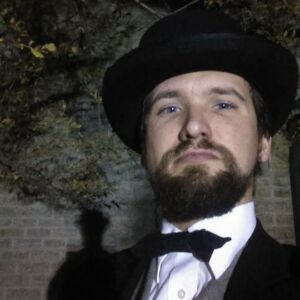 Speaker Bio:  Alex Weston is a public historian and filmmaker based in the Twin Cities. He has presented at historical societies and museums across the Twin Cities on topics including the 19th century media, early Western films, and 19th century fake news. Alex works as a Program Associate at Minnesota Historical Society, where he produces public programming and content for the James J. Hill House and Alexander Ramsey House. He lives in Saint Paul with his wife and three kids.