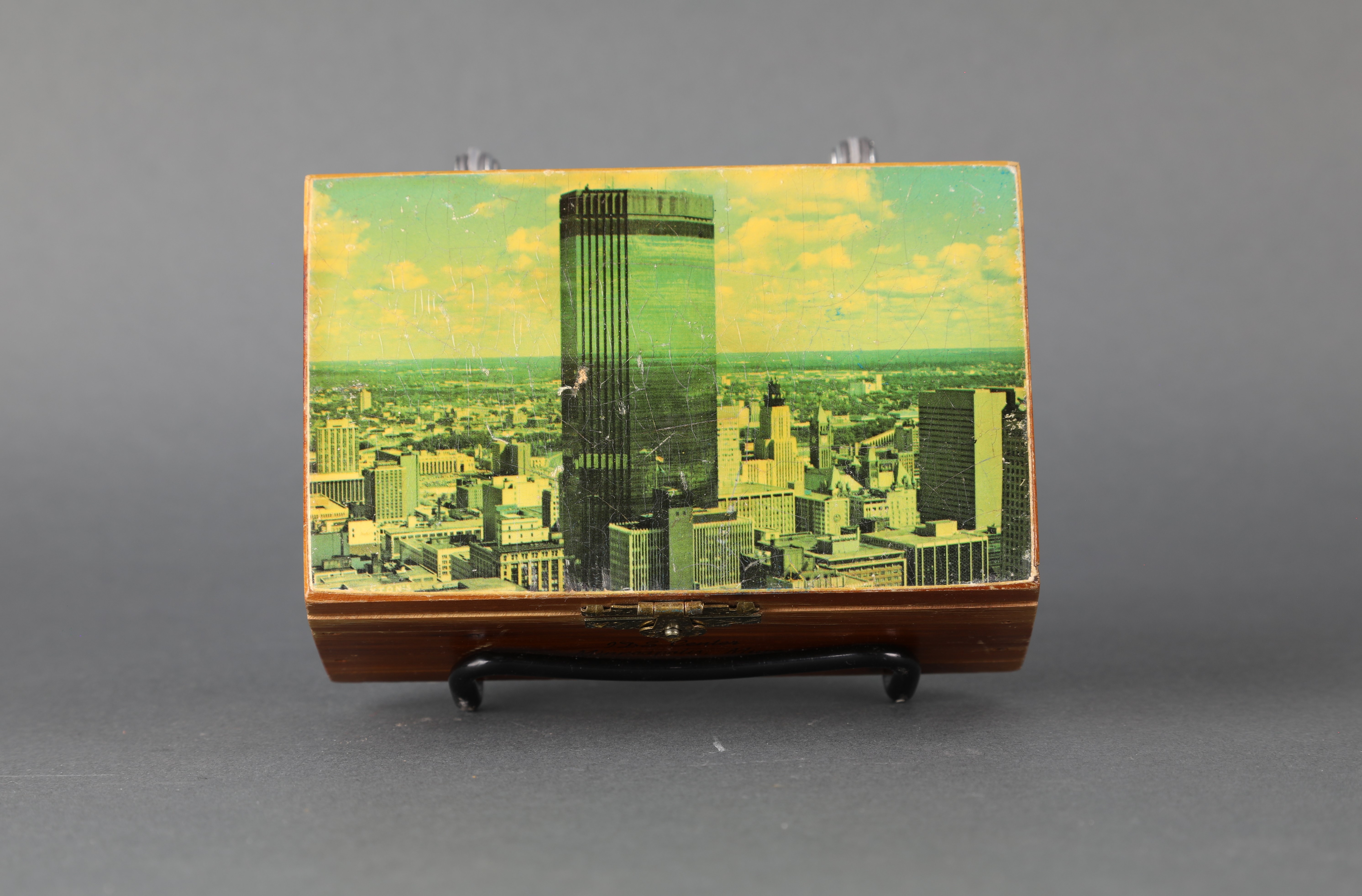 This wooden souvenir jewelry box dates to 1980. While the object itself may seem mundane, there is an interesting story to tell about what can be seen here. The image on the lid of the box is of downtown Minneapolis, with the IDS Tower at the center. The IDS is certainly easy to make out, given that it is the tallest building in Minneapolis. However, if you look closely, you can also see parts of the skyway system, which connects the buildings and creates a labyrinth that is unique to Minneapolis.

Minneapolis is home to the largest continuous skyway system in the world. It connects eighty city blocks and stretches over nine miles. This network of enclosed bridges allows pedestrians to get from one building to another in a climate-controlled environment. The skyway system was originally conceived in 1959 to decrease the number of pedestrians on city streets and to facilitate better flow of automobile traffic. Of course, allowing pedestrians to stay out of the frigid cold of Minnesota winters was an added benefit. The first skyway was constructed in 1962, though it was demolished in the eighties. The second skyway to be constructed opened in 1963 over Seventh Street, connecting the Roanoke Building and Northstar Center, where it still stands today.

The system encompasses most of downtown, stretching from the Target Center in the West, the Minneapolis Convention Center in the south, and U.S. Bank Stadium in the east. The IDS Tower serves as a central crossroads. Construction of the IDS Tower in 1972 played an integral part in the development in the network, as the building is connected by skyways in all four directions. Before then, the skyway system was disconnected and more difficult to navigate. Today the skyways are a unique local novelty for tourists, and an amenity for locals who navigate the city by foot.