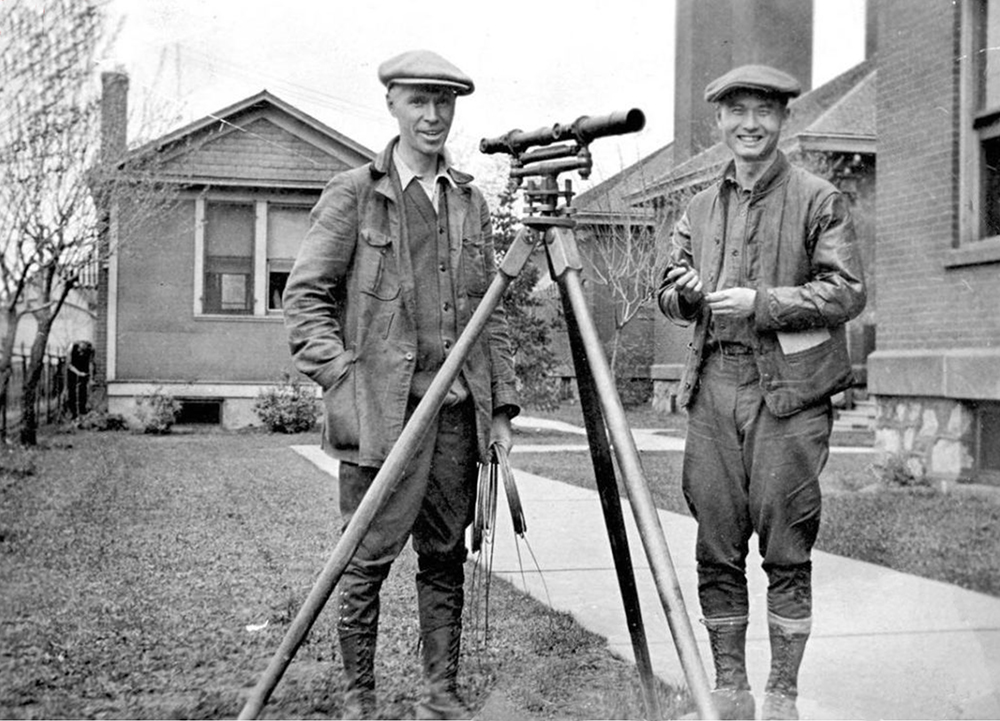 AMONG many University of Minnesota scholarships is one named after Wen Ping Pan, a Chinese American athletic champion who came to the US in 1914 to follow his dreams and then made Minnesota his home.

Wen Ping Pan was born on October 30, 1894, in Beijing. The Chinese people under the Qing government had suffered a half century of wars. Countries fought China for land, money, silk, and tea, killing millions of people. In 1900, the Boxer Rebellion targeted foreigners who held privileged positions in China and targeted and killed Chinese Christians in the northern part of the country around Beijing, including Pan’s grandfather Chen Ta-Yun, a famous Methodist minister. Wen Ping Pan and his family had to move to Shanghai when he was six. Misfortune struck again when his father passed away two years later from disease. Pan’s mother was left to raise Pan and his three siblings.

Wen Ping Pan and his older brother, Wen Huan Pan, received a traditional Chinese schooling, but his mother wanted them to get a Western education because of their Christian upbringing. They attended Saint John’s University in Shanghai where they learned English, studied science and philosophy, and participated in sports.

The First National Athletic Alliance of Regional Student Teams was held on October 18–22, 1910, in Nanjing. The connection between physical exertion and national strength was an obvious path for the Chinese populace to support in the 1910s. Nearly 40,000 people attended the meet. The scene was described as a “monument to the contraction of a capitalist economy, a capitalist labor discipline, and a modern ethos of production and consumption in China.”1 Wen Ping Pan displayed his athletic gift, winning both the 120-yard hurdle race and the high jump.2

The Qing imperial court, using the Boxer Indemnity Scholarship Program, established the China Institute along with a preparatory school in 1909. This school was renamed Tsing Hua College on April 29, 1911. Wen Ping Pan followed his brother and attended Tsing Hua College in his junior year. When the college was established, physical education (PE) was one of 10 major programs. Only students who passed the PE exam could study abroad. A few memoirs written by famous Tsing Hua scholars vividly recall the strictness of PE training and exams.3 The college had many sport teams, including soccer, basketball, baseball, track, and tennis, as well as Jiji Hui, a sport focused on traditional martial arts. Wen Ping Pan was extremely qualified as the soccer team’s captain at St. John’s University and Tsing Hua College.

By 1913, Pan was planning to study abroad, but President Yuan Shi Kai would not allow students to go to the United States. Pan became an assistant in Tsing Hua College’s chemistry department and coached several sports teams while still taking part in his own athletic meets.

The Far Eastern Championship Games, held in February of 1913, in Manila, Philippines, was known as the “First Oriental Olympic Games.” Wen Ping Pan participated in tennis, soccer, and track — winning first place in track and the decathlon and becoming the first athletic champion in Asia.

On June 22, 1913, the first annual field day was held at Tsing Hua College, under the auspices of the Student Athletic Association. American Physical Education Review reported the records, and once again, Wen Ping Pan earned recognition.5

Study in the United States

Tsing Hua College resumed sending students to the United States in 1914. Wen Ping Pan took a steamboat across the Pacific Ocean that August and became the first Chinese student at the University of Minnesota. The U was one of the earliest universities sending faculty and students to China, as well as accepting Chinese students
on campus.

Pan soon convinced his brother Wen Huan Pan and best friend, Harding Kwong, to transfer to the U. All three of them had studied at St. John’s University, Tsing Hua College, and came to the United States supported by the Boxer Indemnity Scholarship Program, all the while exhibiting astounding athletic talent. They helped organize the university’s first soccer club and won Champion in the 1914 soccer season. “The Pan brothers were known for their passing and dribbling skills that surpassed those from other teams.”6 Wen Ping Pan was captain of the university soccer team, and his brother was the captain for the tennis and hockey teams. The 1917 University Gopher yearbook wrote: “When it comes to real all-around playing ability and goal getting, first honor must be awarded to Wen Ping Pan, the Chinese forward, who is without doubt the best forward in the Northwest, either in college or out. W. H. Pan in the forward line also played an excellent game.”

Bau Ching Ling, another friend of Pan’s, transferred from the University of Illinois to the U of M in 1915. The Pan brothers, along with Kwong and Bau, lived in a building on 4th Street SE.7 They organized the first Chinese Student Club and Pan became chairman of the club in 1915. Pan was a member of the Cosmopolitan Club and served as vice-chairman in 1916 and 1917. He also was the second tenorist in the Glee Club from 1914 to 1915 and a board member of the YMCA in 1917.

In 1918, Wen Ping Pan graduated with a bachelor of science degree in chemistry. That summer he got an engineer’s assistant job with Oliver Mining Company in Chisholm, Minnesota.

The gold rush in northern Minnesota led to the discovery of iron ore ranges in the 1860s. At that time, it turned out that Minnesota had the greatest amount of iron ore in the world. The mines attracted thousands of immigrants from almost every country in Europe. Small villages were built around the mines and grew into bigger towns. During both World Wars, iron would become more valuable than gold. About half the world’s iron ore was produced in Minnesota between 1930 and 1935. Until 1951, about 82 percent of world iron ore was produced in Minnesota.8

The summer job at Oliver Mining Company gave Pan such a profound impression that he spent one more year at the U to study mining and became one of the first graduate students from the School of Mines with an MA degree in metallurgical engineering.9 He worked in a South Dakota gold mine before accepting a full-time position with Oliver Mining Division in Hibbing.

With the developing mine ranges, Oliver Mining Company paid for the entire city of Hibbing to be moved south about two miles in 1922. Pan was asked to help this big relocation job. This was not an easy job because residents were unhappy and had various demands. Although “he was an engineer, not a customer service representative,” said his grandson, Pan was calm and never got emotional with the challenge. Pan also helped design the Howard Street business district and many of the downtown buildings in Hibbing.10

Wen Ping Pan married a university classmate, Mae Humm, in 1923. They had a son and named him Harding Pan. Originally, they wanted to return to China, but it was a period full of turmoil due to years of Japanese invasion. Pan’s friends and older brother helped the family stay in Hibbing. No one could have predicted they’d end up living in Hibbing for the rest of their lives. During the Great Depression, Pan suffered the pain of losing his job from 1929 to 1931. However, his difficult life did not prevent him from supporting the Chinese during the China-Japan War in WWII. Madame Chiang Kai-shek sent him a certificate of appreciation for his efforts, according to his family.11

Wen Ping Pan never stopped his athletic activities and was well known in Hibbing too. Tennis courts at Lincoln Middle school were named the “William Pan Tennis Courts” in the 1950s. After working 40 years at the Oliver, Pan retired in 1959. The company threw him a party at the Elks Club in Hibbing. Chisholm Tribune Press wrote, “He was that kind of man . . . everything he did, he did extremely well.”11

Wen Ping Pan died on October 20, 1981, at age 86. He studied, worked, and lived in Minnesota for 68 years. He was buried in Lakewood Cemetery, but his legacy lives on through scholarships
at the University of Minnesota.

9 Retrospect: Celebrating the first students from China, University of Minnesota College of Science and Engineering, cse.umn.edu/college/feature-stories/retrospect-celebrating-first-students-china.