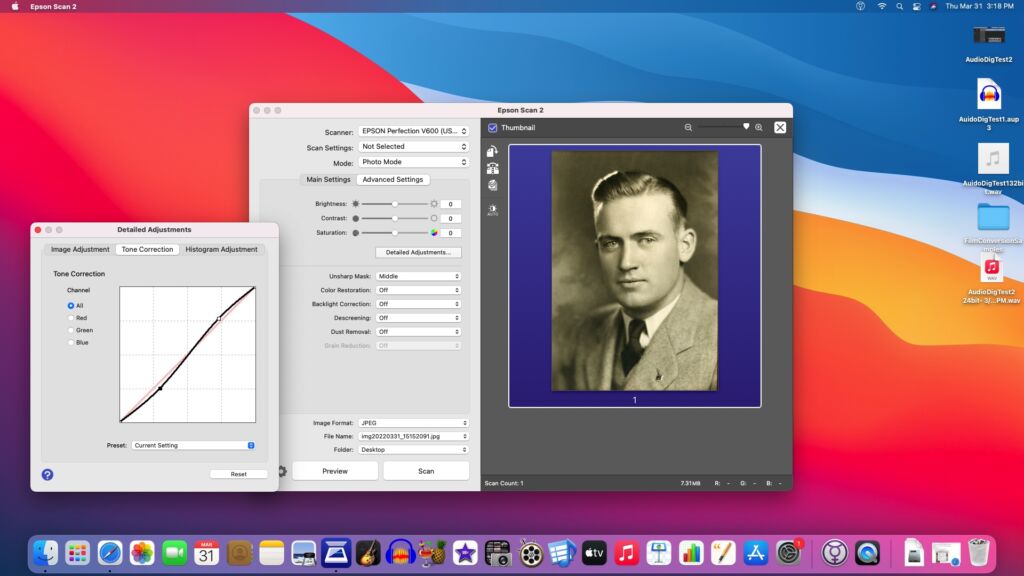 This is a screenshot of an image in the digitization process in the Hennepin History Museum Memory Lab.

Did you know that Hennepin History Museum has a memory lab? That sounds like it could be either a place where memories are created or studied. It’s neither…but maybe both. Our memory lab is a place where the public can come to digitize their photographs, old home movies and audio cassettes so that those items can have an extended life.

As an archivist, I get a lot of calls from people who want to donate their ancestors’ photos or documents. People often say that their children don’t want it, which is kind of sad. My thought is, those children don’t want it now, but a few years down the road, they may wish they had taken the box of old photos, if not for themselves, then for their children, who want to know more about their ancestors.

To some extent, the technologies that we’re converting now, the papers, photographs, film reels, audio cassettes, and VHS tapes were memory labs of their own era. Now we associate these formats with archives.

Take this Bromley postcard book as an example. The collection of postcards depicts the city of Minneapolis figuratively rising out of the dirt. 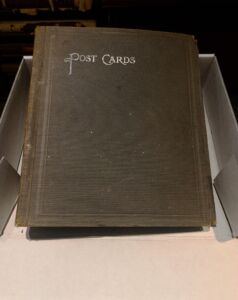 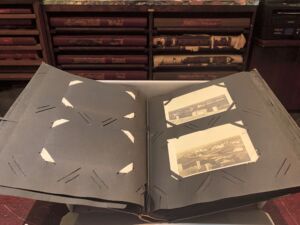 These books must’ve been popular because we have a few of them – and we’re not the only institution that does. But I imagine these books were purchased because they were collection. Bromley used his photographs of the city, along with ones he purchased from other photographers to show the city’s growth, which included mass killing of indigenous people. Unfortunately, an image of this act is slotted in with white families in wagon trains and the “first real estate office”

As you know, storing paper items has its challenges. All it does is age and break down (like us). In the archive, we have boxes and shelves and rooms full of paper for which we’re trying to slow the aging process.

Digitizing is a way to put the breaks on the aging process in that format. There is a whole other lifecycle for a digital item, but that is another blog post. Digitizing affords the preservation of MEMORY and sharing, the way a photograph did almost 200 years ago.

Rest assured that in 200 years, there will be another process to save our digital images, but for now, save some space, save some time, save some memories in the HHM Memory Lab.