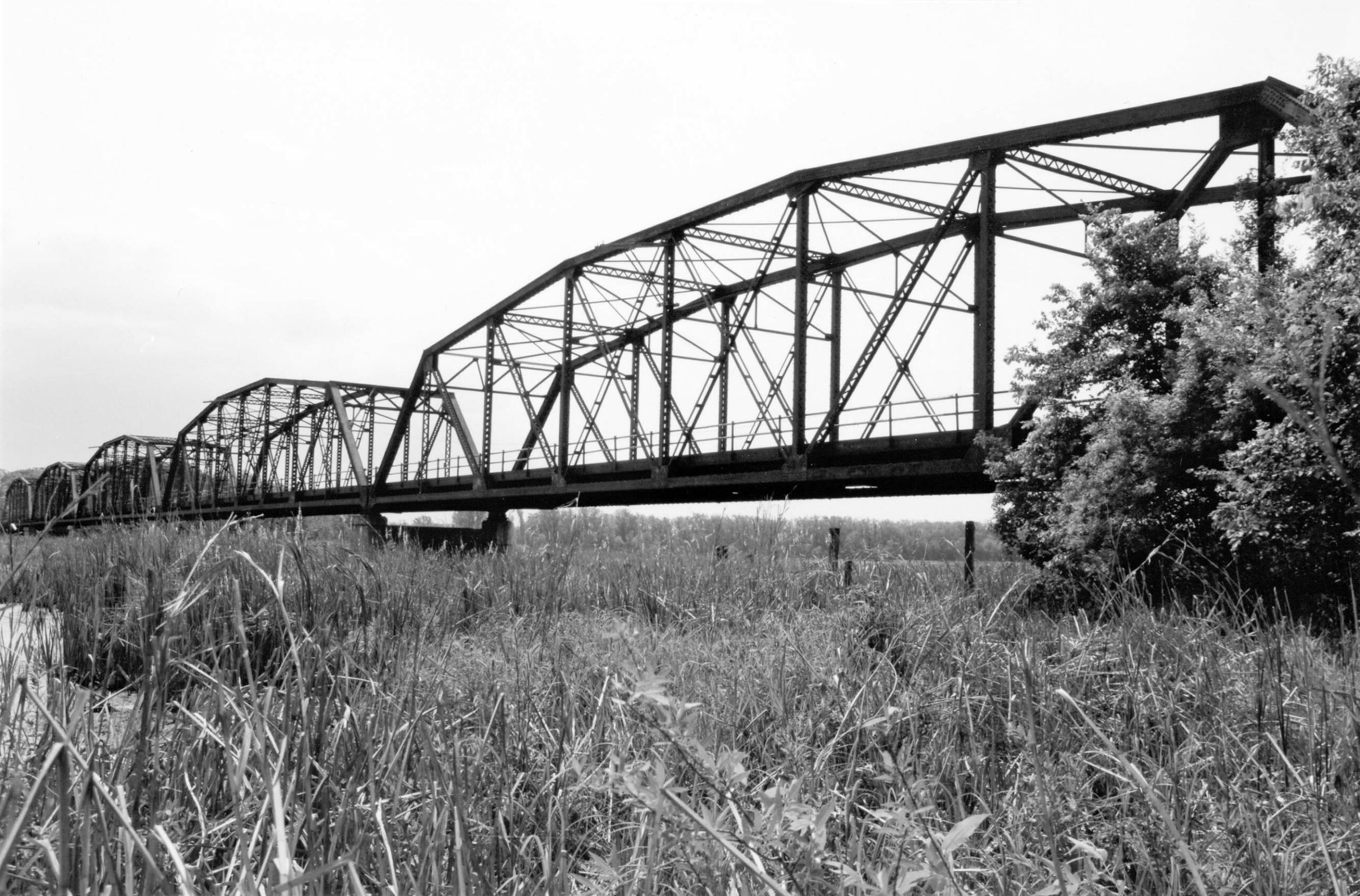 The city of Bloomington, Hennepin County’s second-largest city, recently preserved a piece of its engineering history – the Long Meadow Bridge, built by the Illinois Steel Bridge Company, an out-of-state contractor that had a branch office in St. Paul. The bridge does not actually reach over the main part of the Minnesota River, but across an overflow, a relatively shallow floodplain locally known as Long Meadow Lake, now a component of the Minnesota Valley National Wildlife Refuge. The bridge was complete in 1920 and is formed of five steel camelbacks (a truss bridge with straight sections giving the illusion of a curved top). The bridge has five segments, each measuring about 172 feet in length. In Minnesota today, it is especially unusual to discover a bridge formed of so many trusses. Historically, the bridge served as an auxiliary structure, carrying Cedar Avenue to an 1890 steel swing-span bridge that reached across the Minnesota River’s navigation channel.

At the time Long Meadow Bridge was constructed, Bloomington was still a modest farming landscape, as was the area across the Minnesota River immediately to the south.  Cedar Avenue was a unique roadway, because it traversed this rural setting and delivered travelers directly into the heart of Minneapolis. The direct link to a major urban center proved an impetus to suburban development in southeast Bloomington and in locales south of the Minnesota River.

Over the decades, however, as automobiles became wider and traffic became greater, the Long Meadow Bridge clearly became ill suited to continue its traditional role. Traversing the narrow structure with its timber deck creaking with each turn of the axle made some locals queasy. Timothy Wegscheid, longtime Apple Valley and Eagan resident and good friend, remembers journeying over the crossings as a youngster enroute to Metropolitan Stadium: “Every time we had to cross that river to get to a Vikings game at the old outdoor stadium – sometimes in a big, one-unit camper/Winnebago thing that barely seemed to fit on the bridge – I was convinced I was going into the drink and would die a horrible, slow, cold death in the deep, scary waters beneath the bridge.”

The late 1970s brought a new, much longer and wider bridge just east of the Long Meadow Bridge. A phenomenal population explosion in and around Eagan and Apple Valley south of the river ensued. The swing bridge span over the Minnesota River was razed, and ownership of the Long Meadow Bridge was transferred from the state to the city of Bloomington and continued to be used by motorized vehicles until 1993. For the next several years, the bridge was open only to pedestrians and bicyclists and became a favorite platform for birders. In 2002, the structurally suffering bridge was closed to all.

The city of Bloomington has made sure the bridge lives on, though. The city secured multiple millions of dollars to rehabilitate and preserve the structure and it remains a very popular place for people to walk and bird watch. If you have not gone there, you really should. It is a wonderful place to spend an evening, relax, and enjoy nature.