Jerry Sears: A Story of Slavery in Minnesota

Usually the first location that comes to mind when thinking about topic of slavery is the southern United States. However, Minnesota, “the Star of the North,” has a long and dark history as part of the nation’s greatest shame. The most infamous case of slavery in the Minnesota Territory came with the landmark Supreme Court case Dred Scott vs. Sandford, in 1857. Dred and Harriet Scott sued for their freedom as they had been brought as slaves to the Minnesota Territory which had been designated as “free” under the Missouri Compromise in 1820. The Scotts’ lost their case on the basis that the Court claimed that Scott was not a “citizen,” as African Americans could not be “citizens” as defined by the Constitution, thus ruling the case itself was invalid. Despite the loss, Dred Scott’s case acted as a catalyst for the recognition of the presence of enslaved people in Minnesota.

Fort Snelling, where the Scott’s lived for several years, was built and operated by the hands of over a hundred enslaved people between the late 1820s and the early 1850s. Black history at Fort Snelling did not end with the Civil War, rather it continued with the 25th Infantry, which was one of the first segregated military regiments in the country. Despite these landmarks in African-American history in Minnesota some stories remain lesser known.

In 1858, Richard Junius Mendenhall, a member of a North Carolina planter elite family, relocated his new wife, Abby and himself to Hennepin County on April 25, 1858, just two weeks before Minnesota achieved statehood and entered the Union as a free state. Mendenhall. Mendenhall and his wife Abby were prominent members of the Quaker, Society of Friends, in Minneapolis. Abby pursued her own endeavors helping unmarried women through the Bethany Home. Meanwhile, Mr. Mendenhall began a land agency with associate Cyrus Beede. Just weeks after the Dred Scott decision, Mendenhall began promoting his business to his Southern friends. In these advertisements he listed some of the most prominent North Carolinian slave holders who had purchased land in Minnesota. He used their ownership of human capital, as well as his own family history, as a selling point for his business enterprise.

As it turns out, Richard and Abby Mendenhall had not arrived in Minnesota alone. With them, Richard had brought a young African American boy, about seven years old, named Jeremiah “Jerry” Sears. Jerry was reportedly the son of Patsey Sears, a freedwoman who had once been enslaved by Mendenhall’s uncle. In Mendenhall’s own journal he refers briefly to Jerry and his arrival in Minnesota, describing Jerry as “a child or boy, Jerry Mendenhall, who formerly belonged to Elisha Mendenhall.” As Jerry had been born before his mother’s emancipation he remained enslaved and acted as a de facto slave once in the “free” state of Minnesota. 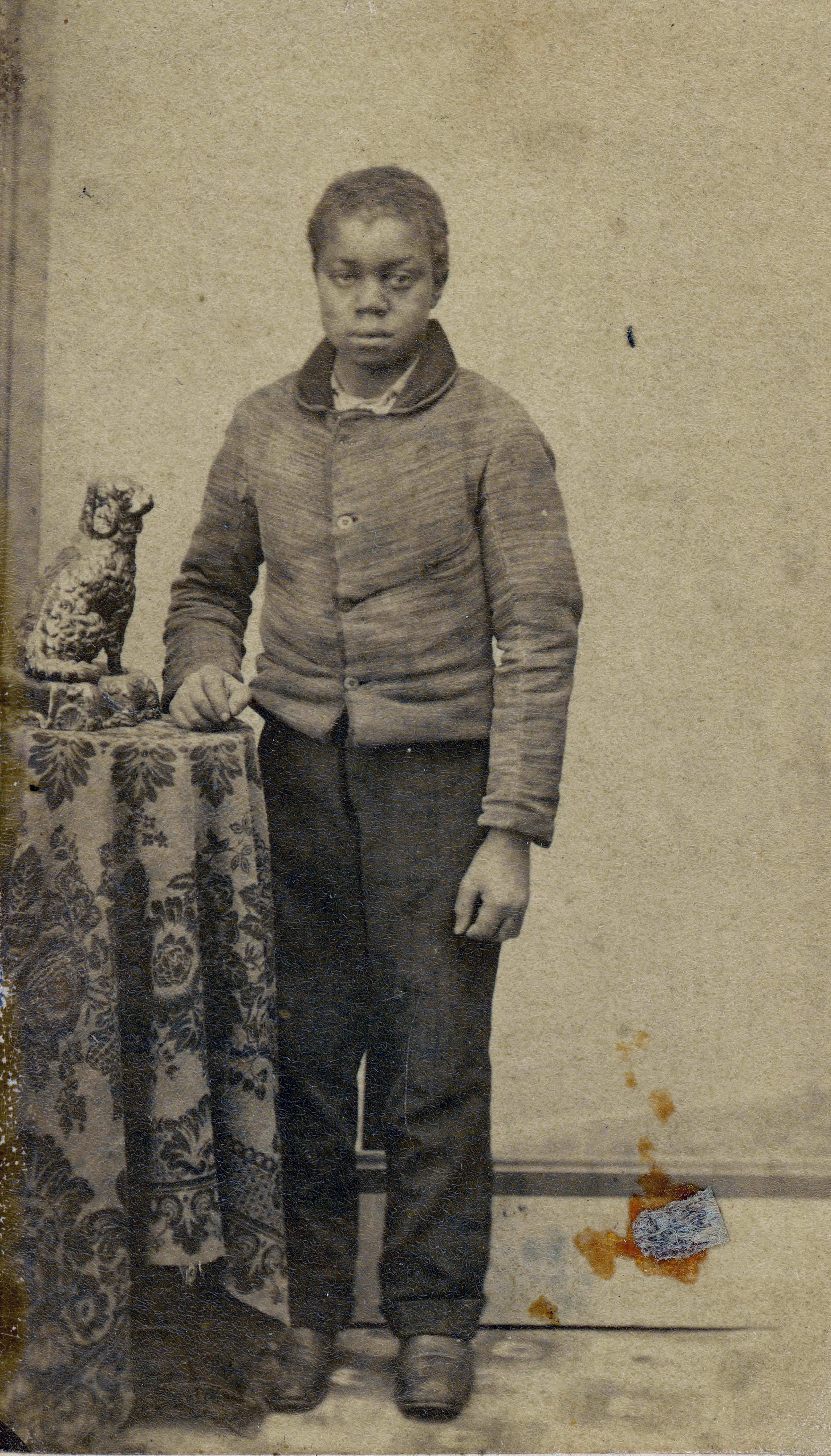 Jerry was documented as living in with the Mendenhall family in the 1860 United States Census. He is listed simply as “Jerry” and is given no surname. This innately dehumanizes him and restricts his identity. One must also take into account that he had been forcibly removed from his mother and taken half-way across the country against his will. Also, at the age of ten, he was not enrolled in school further highlighting his continued treatment as a slave under Mendenhall’s authority. Upon his arrival, Jerry was photographed, and an article was run in the local newspaper calling him the “first negro in Minnesota.” This claim is clearly undermined by the multiple well-documented cases of people of African descent in the area, including a landmark Supreme Court case which had occurred only a year earlier. Regardless, Mendenhall utilized his connections to wealthy southern slaveholders and his own position as a de facto slaveholder to promote his business and personal reputation. Following the conclusion of the Civil War, Mendenhall continued to profit from his business endeavors and was rewarded for his position as an esteemed member of the community by being appointed president of the first state bank.

Jerry Sears, on the other hand, disappears from the records after the Civil War. We may never know his fate. It is possible that he took advantage of growing opportunities in the post-war era and set off to start his own life changed his name. Alternatively, he may have succumbed to illness at a young age, as mortality rates for children at the time were exceptionally high compared to today. Despite the uncertainty about Jerry’s life, his story stands as a testament to Minnesota’s long and complicated relationship with slavery. A history which we continue to reckon with today.

Author: Ashley Fischer is the Undertold Stories Intern at Hennepin History Museum. She recently earned a bachelor’s degree in English and History from the University of Minnesota, with a focus on literary criticism and 19th century American history.