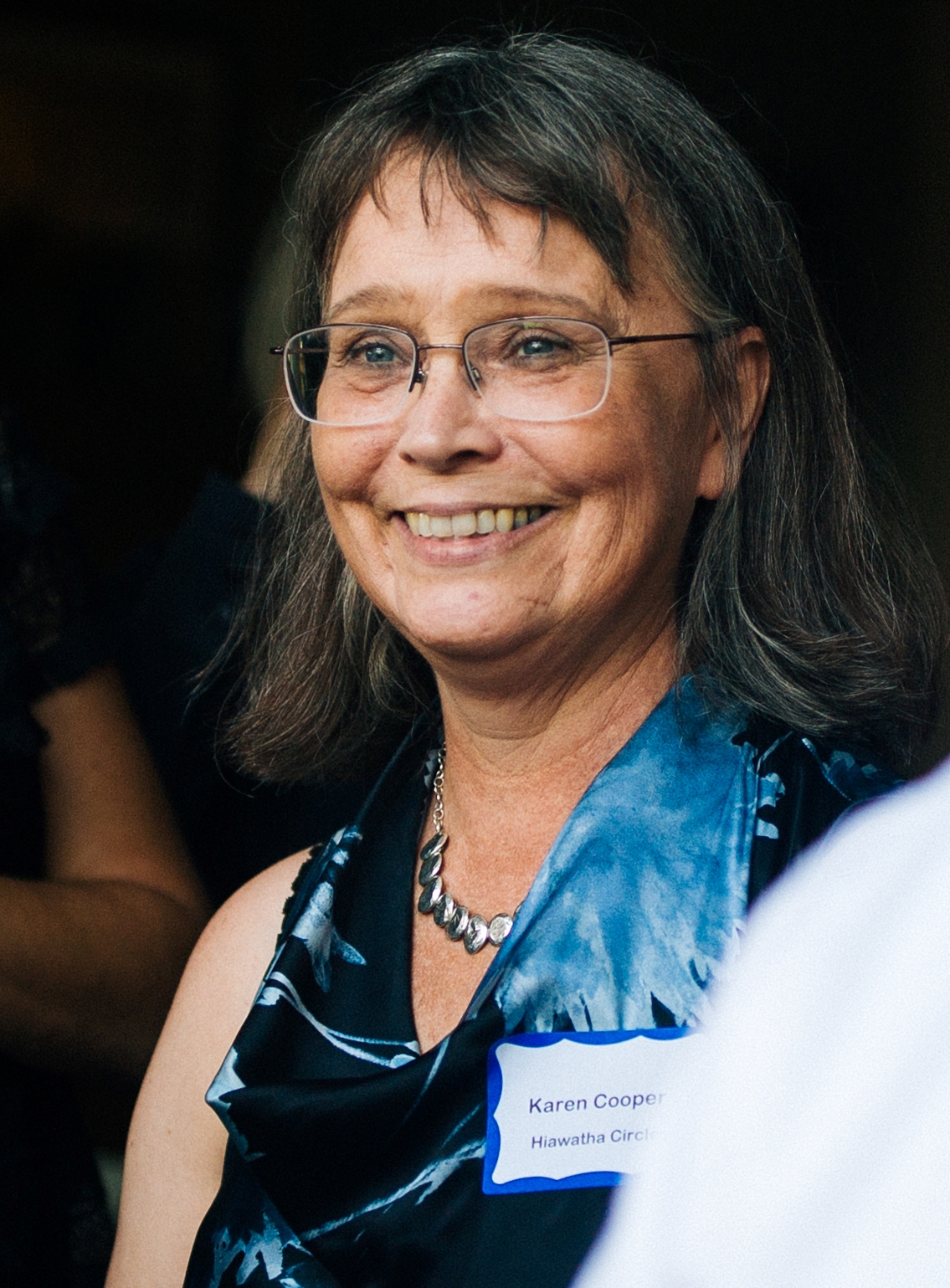 Karen Cooper has had a prominent place in the recent journey of Hennepin History Museum, contributing to the success and vitality of the Museum through financial support, scholarly contributions, and programming. Understanding that the Museum needs a stronger financial base to build a sustainable operation, Karen made a dramatic statement of support and has been the Museum’s top donor for the past five years.

Her gifts made it possible to deepen the Museum’s fundraising efforts, including hiring a membership and development manager to focus on broadening support of the Museum. The results have been dramatic: over the past five years membership has grown by 32 percent, and the amount of contributed revenue to the Museum has increased by 46 percent. Hennepin History Museum is financially stronger and growing, thanks to Karen’s inspiring leadership gift.

Karen is passionate about the Museum and its mission. It shows in her public work in local history. For several years, she wrote regular columns in the Southwest Journal, giving readers delightful local stories from all sorts of angles—and highlighting the collections of Hennepin History Museum whenever possible.

But Karen’s primary passion remains Minnehaha Falls. Many people have enjoyed her “Raucous Ramble Around Minnehaha Falls” tour, which led the way to revitalize the Museum’s summer walking tour program in recent years. Folks lucky enough to catch her tour have gotten a preview of her new book from Minnesota Historical Society Press, When Minnehaha Flowed with Whiskey: A Spirited History of the Falls. Karen regales with the surprising mischief at Minnehaha Falls in the late 19th and early 20th centuries, where corrupt officials and scandalous businesses populated the landscape.

When asked about the significance of the Museum, Karen replied, “A county historical organization like Hennepin History Museum is uniquely placed to do two complementary things. One is to preserve objects that represent historical times and events. The other is to interpret local stories through the wider lens of the current political, social, and economic climate. Doing both—as the Museum does—serves the people of Hennepin County by enlightening all of us to the stories that happened right here where we live. I am so privileged to be able to support this vital community resource, and I am proud to help.”