From the Magazine: Teamsters Strike of 1934 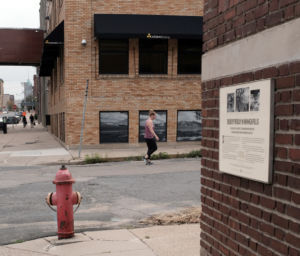 If you are heading outside in Minneapolis this May Day, consider taking a stroll over to the intersection of North 7th Avenue and North 3rd Street in the North Loop. There on the corner of the Sherwin-Williams Paint Company building is a plaque memorializing “Bloody Friday,” a local event that served as a major moment in the American labor movement.

Near this site on July 1934, police opened fire on picketers from the Teamster Local 574, who had been engaged in a long and violent labor strike. The police shot 67 strikers, two of whom died. One of the dead was Henry B. Ness, a World War I Army veteran who after his death became a local celebrity for the cause. 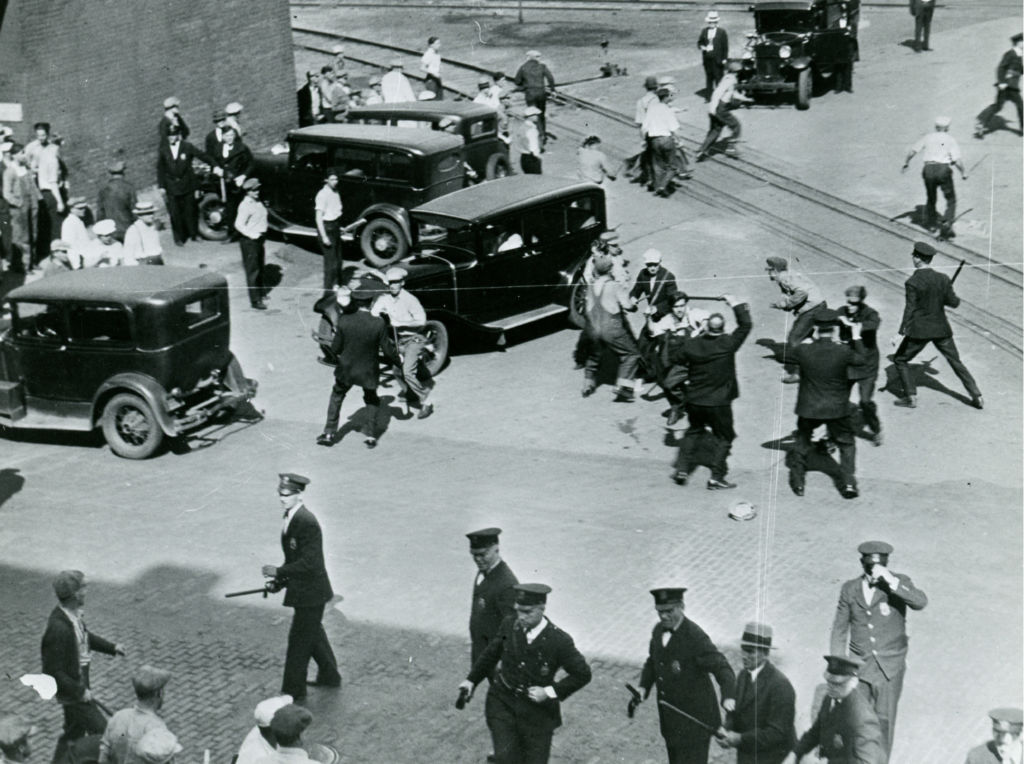 In the most recent issue of Hennepin History Magazine, union organizer and songwriter Charlie Maguire reflects on the memory of Henry B. Ness:

What does it say about a man who lays down his life for a cause? How do you measure the sacrifice of a person who puts himself in harm’s way on a Minneapolis street corner, leaving behind a wife he loved and a one-year-old daughter who grew up never knowing the kind of man her father was?

These questions about personal sacrifice resonate now more than ever.  If you do go see the plaque, perhaps you will want to bring along a copy of Maguire’s article. All past issues of Hennepin History Magazine are available online, but we also made this one easy to download and print at home.