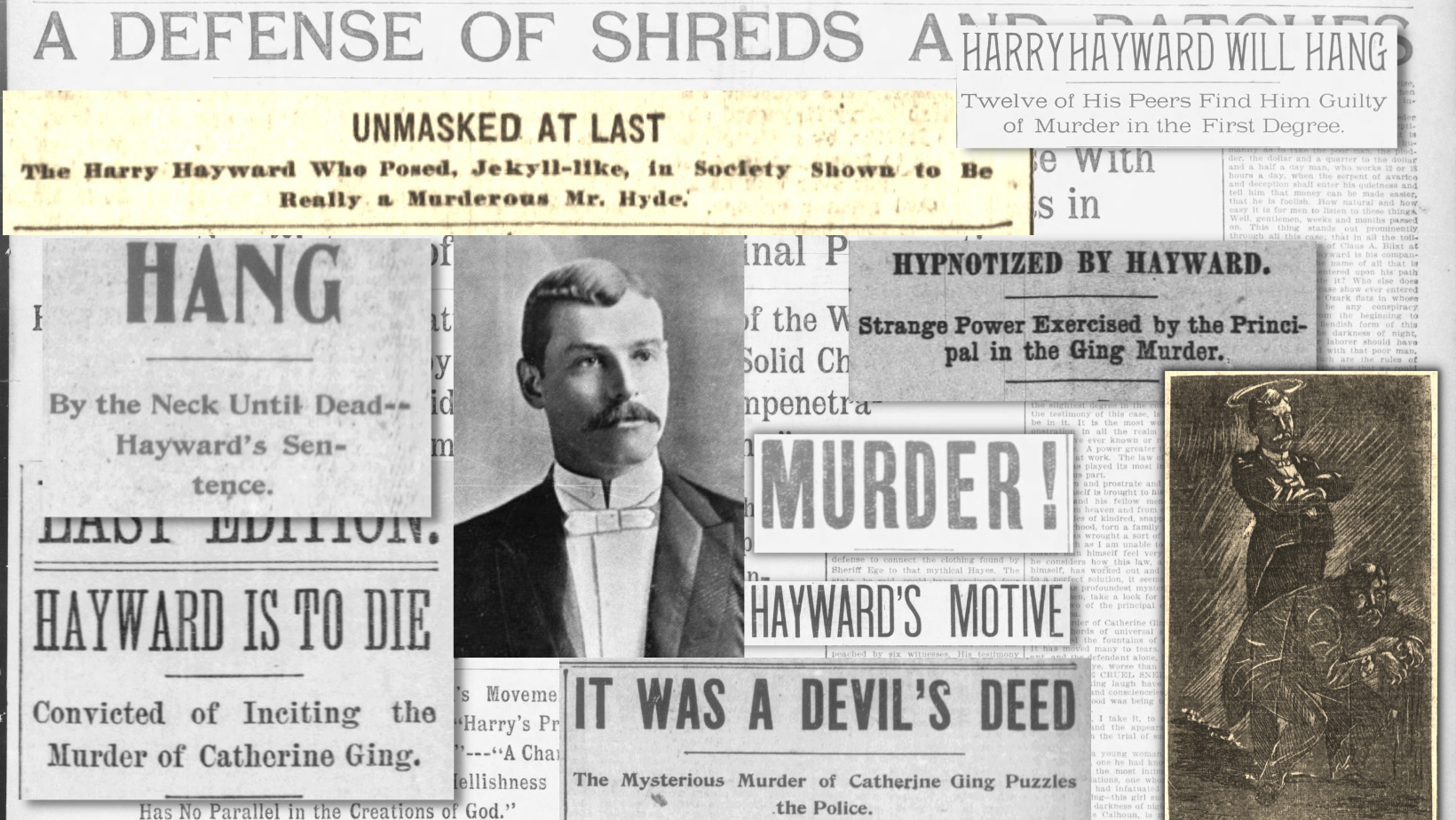 Murder and Monsters: The Story of Harry Hayward and Other Victorian Horrors

What made a monster in the late 19th century? What did people believe or fear? And what is the connection between Harry Hayward and Dracula? Hear about the “Minneapolis Svengali” Harry Hayward and see artifacts directly related to the city’s first serial killer, his execution, and his victims. Hear how his story captured the attention of the country and fit into the broader fears of the era.

This special museum fundraiser is for TWO NIGHTS ONLY. In this two-act program, see the real artifacts, like pieces of Hayward’s hanging rope and a dress of his victim Kitty Ging, and discuss the story of Harry Hayward with Hennepin History Museum curator Alyssa Thiede. Learn from Reverend Matt’s Monster Science about the popular monsters of the 19th century and what they tell us about the values and society of the people who invented them.

Matthew Kessen is a writer, actor, dramaturg, and producer who has worked with Comedy Suitcase, Green T Productions, Fearless Comedy Productions, the Winding Sheet Outfit, and many other companies besides. He is best known for his ongoing series of solo shows, “Reverend Matt’s Monster Science,” which was a major hit at the Minnesota Fringe, and which has played at theaters, conventions, museums, and libraries throughout Minnesota. For more on this series of comedy lectures, go to revmattsmonsterscience.com