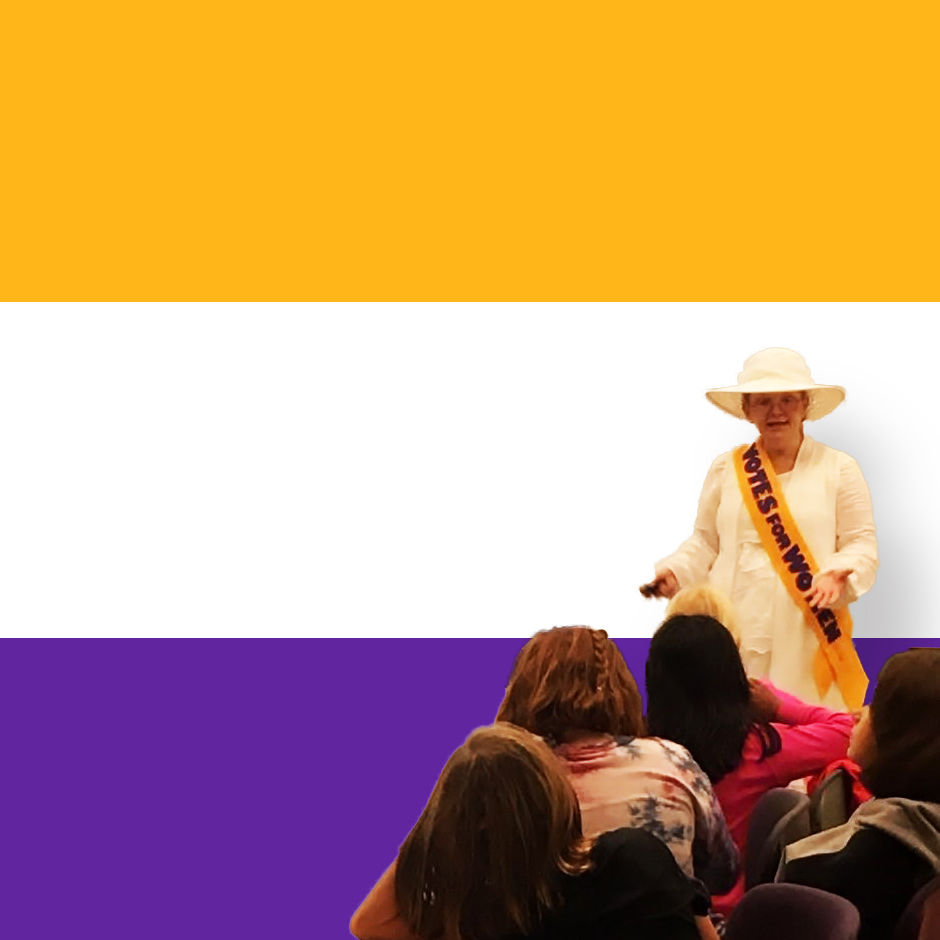 On the morning of August 27th, 1920, Minnesotans were the first American women to reach the ballot box using the full powers of the newly ratified 19th Amendment.  This moment was the culmination of nearly a century of effort by Women’s Suffrage activists across the United States.  During an engaging multi-media presentation, historian and playwright Madeline Hansen will introduce participants to the milestones and leaders of the “Votes for Women” movement and explore Minnesota’s unique place in the landscape of Women’s Suffrage history. As we celebrate a century of voting rights for American women, visitors of all ages are invited to learn about Minnesota’s rich Women’s Suffrage legacy.

This program is part of Hennepin History Museum’s “Suffrage Saturday” series, which explores the themes of women’s suffrage through short presentations and hands-on activities. These programs are offered on the third Saturday of each month from November 2019 through June 2020.

Madeline Hansen is Suffrage Artist in Residence at Hennepin History Museum. Over thirty years of civic engagement give Madeline a unique perspective from which to share the Women’s Suffrage story with her audiences.  In the 1980s, she led Michigan’s 7000 members of the National Organization for Women as their State President. She then moved to Minnesota, where the Saint Paul League of Women Voters tapped her to be their Executive Director.

Madeline’s passion for women’s history inspired her first play, “The Cabinet Meeting,” in which Susan B. Anthony is elected U.S. President and assembles a diverse cabinet of accomplished women. She later established a second home in Seneca Falls, New York where she served on its comprehensive planning board.  Currently, Madeline is dedicated to sharing Minnesota’s rich suffrage legacy–as home to America’s first 19th Amendment voters– through research, public celebrations, and the arts.